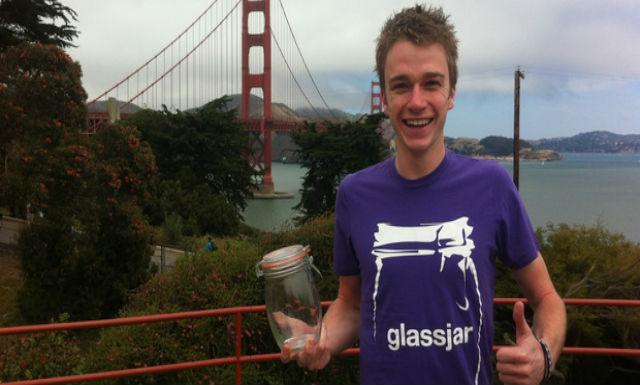 Glassjar, the kiwi software start-up whose app provides people an easy way of sharing bills, has launched in the United States.

The former Christchurch company is now based in Silicon Valley in the US start-up accelerator Y Combinator, which provides US$120,000 in seed funding to every start-up it invests in.

It's the first kiwi company to have been accepted into the accelerator which has helped develop companies like Airbnb and Dropbox.

Glassjar was started in 2013 by a group of University of Canterbury students as a way for flatmates to more easily sort out paying the bills.

The start-up's chief executive George Smith spent time with the Lightning Lab accelerator and the company has also had $200,000 in seed funding from Sparkbox Ventures and the NZ Venture Investment Fund.

The Glassjar team - Smith, Matt Galloway, Sebastian Petravic and Nelson Shaw - entered the Y Combinator bootcamp in January and have since remodelled their app and launched the new version into the US market.

Smith said the product has changed significantly since they've been in the US due to how payments processing is set up there.

It is now a much broader payment app, going from helping students manage their finances to all people managing shared costs in a range of situations - from dining out in a restaurant to going on holiday together.

"In New Zealand, a lot of young start-ups focus on getting the fundamentals of a company established - good advisers, a structure, a business plan, which is exactly what we did. In Silicon Valley, it's all about the ideas and the product.

"You talk to users, and you build a product they want to use. The focus on this is relentless," he said.

Smith said the team was focused on building up a user base initially in California and then the rest of North America.

They want to see how people use it, and then figure out the best revenue model around that, he said.

Being part of the US accelerator had given the start-up a big leg-up, Smith said.

"We can plug into a network of people really quickly. Without being here I think we could have still pulled it off but with it, the app will grow much faster and be much better."