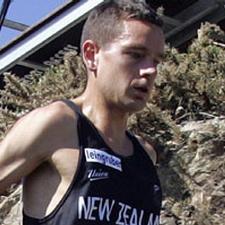 On the gruelling 14.2km climb from sea level to 1300m, the six-time world champion Wyatt cleared out from the field to complete the distance in 69m 11s, 90s in front of Wellington's James Coubrough.

Wyatt was 30s faster than the last time he raced the event in 2008.

"I broke away reasonably early, got a lead where I could look back and see what was happening behind me.

"I was working hard and kept it going steady, no fireworks, just a nice consistent run," he said.

Wyatt heads back to Europe in a week and while he has mountain races on his schedule he is still undecided whether to aim for a seventh title at the world championships in Slovenia this year.

Phil Costley was third across the line giving him the Masters title, in 71m 25s, while defending champion Glenn Hughes finished 33s later in fourth.

Wyatt said: "That was a great run from Antonella coming off a hard five weeks of cross-country skiing with no running, just a little bit of running before the race."