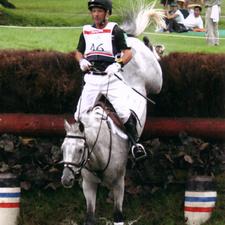 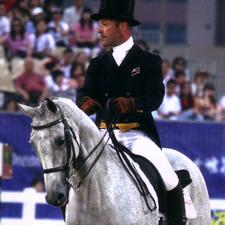 OLYMPICS - New Zealander Joe Meyer wants a medal. The equestrian event rider is doing everything in his power to get one at the 2012 London Olympics.

The self-confessed 'horse fanatic' is basing his London 2012 campaign out of Surrey, where he runs Mamaku Sport Horses UK. This business mirrors his family’s famous stud of the same name in the Wairarapa, known for breeding some of the most successful sport horses in New Zealand equestrian history. Their most famous progeny being a little horse called “Charisma” who went on to win two Olympic gold medals with the now legendary horseman Mark Todd.

But Joe Meyer has his eyes firmly set on the prize - a medal. Placing 5th overall in the Beijing Olympics, Meyer says "I went to the Beijing Olympics with high hopes, and although I attained personal best in the dressage phase (Meyer was the leading kiwi rider at this stage) our overall performance was not good enough for a medal. I have learnt a lot from that experience and now I feel ready to go and get a medal in 2012". As though it's that easy.

'Easy', however, is one word Joe Meyer doesn't use when describing his passion. Competing this week in France on 10-year-old Clifton Lush (owned by Frances Stead and Lucy Allison) his training schedule is busy to say the least. Meyer says that, to be assured of place on the next Olympic team, he will be aiming to have 4 to 6 horses at various stages of their career performing at their peak during the build up to the Olympics. A horse cannot begin to compete at top international level until they are at least 8 years old, but may go on competing until about 18-20, fitness permitting.To get these horses to that level means years of training and weeks of gruelling competition to qualify.

"Having only one horse is like putting all your eggs in one basket. Even with a quality string of high performance horses, choosing the one that's ready to do well and not just “take-part” is often a straight forward decision on the day. Small injuries occur frequently in this sport, and things can change so fast," says Meyer, “missing just a week of training, or a crucial build-up competition can be make or break for that particular horse”.

Horses have a reputation for being one of the more costly sporting pursuits. Having arrived in the UK with wife Deborah, 2 suitcases and 1 horse in 1997, Joe Meyer knows first hand how expensive they can be. Building up a team of 5 or 6 horses, the costs quickly add up with, travelling, entry fees, tack, feed, and the list goes on. "Our sponsors have been really generous, but of course there is less money floating around the economy at the moment which is making things hard," says Meyer. Also, being a Kiwi rider based in Britain means that local UK businesses are less willing to support him in favour of their countrymen. For the upcoming campaign Joe Meyer is hoping to raise a total sum in the region of £300,000 over the 3 year period to London 2012. In the immediate short-term however, he is hoping to secure up to £50,000 to buy a new horse he has identified with potential to boost his existing team.

"We're looking for someone who wants to get involved in this incredible sport from the stable door. It's an exciting scene, watching the competitions, brushing shoulders with sporting legends and celebrities at events like Badminton and Burghley, and working our way up through the grades. It's a hell of a lot of fun," he says.

Mr Meyer says it could be a great way for retired athletes to get back into international competition, or a patriotic New Zealander to get behind an Olympic campaign. "It's an addictive sport," he says, " and I'm sure people who've experienced it before will jump at the chance to get involved again."

After what is almost a lifetime of training, and almost 14 years living in London, it must be asked why Joe doesn't solve his financial woes by joining the better funded British team. England has been home for a long time, and most of Meyer's students and peers are from the mother-land, but as he explains "I'll always be a kiwi".

Joe says "I've got this far with New Zealand, and I truly believe that with just a bit more support we'd get a lot more medals. New Zealanders are always near the top of the table, even with a tiny budget in comparison to our rivals. But it's the kiwi way isn't it, you don't necessarily need all the toys and gadgets, just get on and do the job. Of course stronger backing would be nice, but we're fighting the exchange rate, our dollar, and of course it's a lot further to travel for those riders and horses."

Raising funding for a new horse or two, competing successfully before the Olympics and then being awarded with a medal is a dream outcome for the Meyer family. Maybe then says Joe, he'd be able to keep a promise made to his wife Deborah before the Beijing campaign. "I told her after Beijing we'd sell some horses, and put some money back into our wallets. But I just wasn't ready to stop, maybe after London 2012, I'll be able to come through on my word".