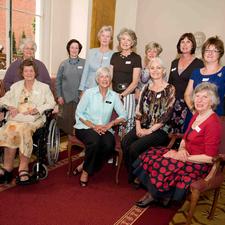 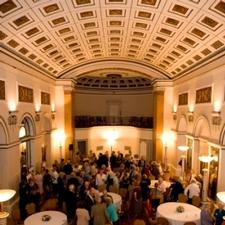 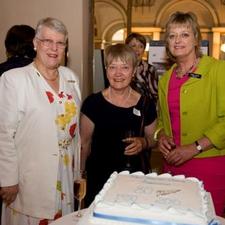 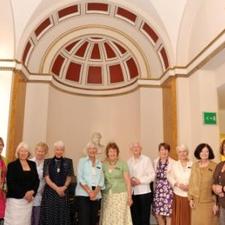 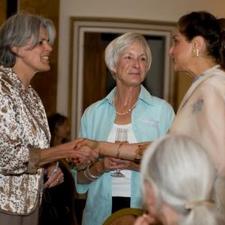 Two things about this week’s celebratory tea party emphasised how life has changed in the 80 years since the NZWA’s founding. First of all, the celebratory cake was cut and the toast was proposed by a woman – Belinda Brown, New Zealand’s deputy High Commissioner in London. Secondly, the deputy High Commissioner, in proposing the toast to the NZWA, raised a glass of a delicious, world-class New Zealand sparkling wine – like women senior diplomats, something unknown in 1930.

Among the NZWA members and guests enthusiastically raising their own glasses were eleven past presidents of the NZWA and specially invited guests from other London-based organisations, including the New Zealand Society, the Australian Women’s Club, and FIWAL (Federation of International Women’s Associations).

As Ms Brown indicated as she proposed the toast, the NZWA has been, since its founding in 1930, an invaluable help to New Zealand women in Britain. The Association helps them retain strong connections with their homeland while making new friends from among New Zealanders living in the UK, and strengthening their connections with the life and culture of the UK.

Within a few years of the NZWA’s founding, Britain became the home front in a desperately fought war in which thousands of New Zealand servicemen and women took part. The NZWA proved invaluable in the NZ High Commission’s work for New Zealand service personnel in Britain. It set up its own Hospital Visiting Fund out of which it paid for Christmas gifts for the Troops recovering from war injuries in hospital – usually postage stamps and writing materials, so that they could keep in contact with family back home.

Until the late 20th century, the NZWA’s connection with the High Commission in London was close. The NZWA gave the High Commission a ready-to-hand group of women happy to carry out such things as visiting sick New Zealanders in UK hospitals, providing hospitality and other help for young New Zealand students on bursaries in England, and making pavlovas and manning the pavlova stalls at many a Commonwealth charity fair.

The NZWA holds regular luncheons in New Zealand House’s eighteenth-floor Penthouse, from where the views across London are spectacular. The speakers at these luncheons are usually New Zealand men and women and have included actors, musicians, writers, dress designers, academics and archaeologists, contributors to British radio and television, travellers and even, a few years ago, a Tower of London Beefeater. An early autumn cocktail party and a Christmas lunch are annual events for the NZWA in New Zealand House.

There is always a full programme of events outside New Zealand House, too. These include at least one visit a year to a London landmark, or to special exhibitions in London’s many museums and art galleries. The annual Summer Outing in July is always to a stately home, important garden or other historic place in outer London – this year it is to Greenwich – or in south-east England.

The date, time and place for the rest of the NZWA’s 2010 programme, which includes a guided London walk in September, and a tour of the Wellington Arch and Apsley House in October, can be found on the NZWA’s website, www.nzwa.co.uk.