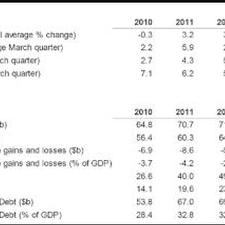 • Strongly supports research, science and technology – a key engine for a faster growing economy - with $321 million over four years.

• Provides an extra $2.1 billion for frontline health priorities over the next four years – including an extra $512 million in 2010/11.

• Invests an extra $1.4 billion into better schooling and early childhood education over four years – including an extra $417 million in 2010/11.

• Takes more steps to control rising debt and returns the Government to surplus by 2016 - three years sooner than in Budget 2009.

• Tax package provides incentives for Kiwis to get ahead, leaves the vast majority better off and tilts the economy towards savings, exports and productive investment.

• From 1 October, all personal tax rates cut, GST rises to 15 per cent and NZ Superannuation, Working for Families and benefit payments will all rise.

• From the start of the 2011/12 income year, the company tax rate will fall to 28 per cent and tighter rules around the taxation of investment property take effect.

• The Government will live within its $1.1 billion annual operating allowance for new spending in Budget 2010 It will restrict subsequent increases in the allowance to 2 per cent annually.

Budget initiatives at a glance

(All figures four years to 2013/14, unless stated otherwise)

• $321 million over four years for new science, research and technology initiatives. The centrepiece of the extra funding is a $234 million boost for supporting business R&D – including technology development grants for firms doing significant R&D

• An extra $51.5 million for additional elective surgery, plus an extra $8 million for breast reconstruction surgery.

• Funding for medicines increased by $80 million.

An extra $1.4 billion will be injected into better schooling and early childhood education – including an extra $417 million in 2010/11.

• $349.3 million in new operating and capital funding for school property, including $82 million in 2010/11 to fix leaky school buildings.

• $90.5 million into a fund for non-government organisations to deliver extra high-quality services.

• $20 million to extend the Housing Innovation Fund for another year.

• $16 million for grants and loans to support social and affordable housing and a further $4 million to cover loan impairments.

• Broadband - $200 million for the roll out of ultra-fast broadband, as well as $48 million more for broadband in schools.

• Rail - $500 million for electrification of Auckland rail lines, as well as $250 million for the wider rail network and rolling stock.

• In addition, $10.7 billion over the next 10 years for State Highways and $3.3 billion in the next five years to upgrade the national grid.

• $75.9 million of capital funding for a new joint border management system (JBMS) to replace ageing border clearance systems run by the Ministry of Agriculture and Forestry and the New Zealand Customs Service.

• An extra $6.5 million over the next three years to help settle all historic Treaty claims by 2014.

Budget figures at a glance

• An operating deficit before gains and losses of $8.6 billion forecast for 2010/11 – up from $6.9 billion the previous year, partly due to timing issues around the tax package, which will be fiscally neutral over the forecast period. Deficits will continue until 2016.

• The Government will live within its $1.1 billion annual operating allowance for new spending in Budget 2010 It will restrict subsequent increases in the allowance to 2 per cent annually.

• Total Core Crown expenses increase by $5.9 billion to $70.7 billion in 2010/11 – including adjustments to welfare benefits and NZ Super, and higher Government finance costs, which fall outside the operating allowance.

• An additional $1.45 billion in capital spending is included in the Crown accounts over the forecast period.

• Gross domestic product is forecast to increase 3.2 per cent in the March 2011 year, compared with the 2.4 per cent predicted in December.

• Budget 2010’s tax package is conservatively forecast to add about 1 per cent to the size of the economy by 2017.

Economic and fiscal data at a glance