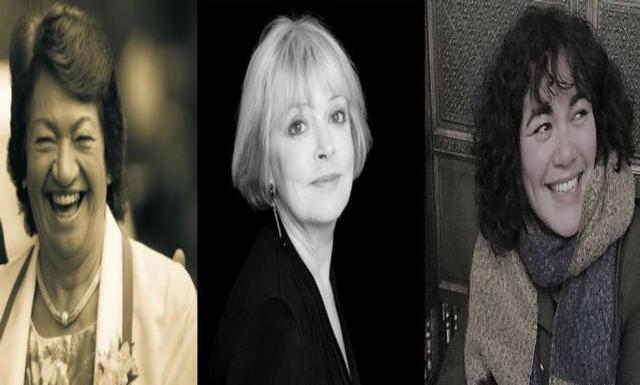 Finalists for the prestigious UK New Zealander of the Year Award 2019, presented by the New Zealand Society of the United Kingdom and proudly sponsored for the 14th consecutive year by Air New Zealand, were announced in London this week.

The three finalists are Mrs Ereti Mitchell, for her 14 years of voluntary service as the President of the NZ Society Scotland and her lifetime of fundraising efforts on behalf of NZ interests in Scotland; Ms Colleen Toomey, a passionate campaigner for New Zealand arts in the UK who has used her extensive network to bring New Zealand culture to a British audience and who has created bridges between the UK and New Zealand - artistic, individual and institutional; and Mrs Jo Walsh, for her voluntary leadership of so many cultural and event-based initiatives showcasing New Zealand, Maori and Pacific Island communities and talent within the UK; are recognised for their personal contribution in the UK to promoting the interests of New Zealand or New Zealanders.

The Award, which was established by the New Zealand Society in 1999, will be presented to the winner at the annual New Zealand Society UK’s Waitangi Day Charity Ballin The Ballroom of The Waldorf Hilton in Aldwych, London, on Friday 8th February 2018.

Kerryn Beeching, President of the New Zealand Society (UK) commented:  “The Committee and Membership of the New Zealand Society of the UK feel very privileged to be the custodians of this important Award on behalf of our NZ community within the UK.  This year’s finalists were carefully selected by the judging panel from an awe-inspiring group of 12 outstanding individuals, nominated from across our NZ network of professional and volunteer organisations.  Each nominee brings such a wealth of generosity, knowledge, energy and initiative into deepening the already strong links between NZ and the UK.  Our three extraordinary finalists are this year’s most brightly shining examples of that unique ‘get stuck in Kiwi spirit’.  We congratulate all the nominees and finalists on behalf of our wider community, and in partnership with our amazing Award sponsor Air New Zealand, without who’s belief in and support of this prestigious Award we would not be in a position to so meaningfully thank our finalists and recipients for their contribution to our shared NZ / UK community.”

As part of New Zealand Society’s official annual celebrations of the signing of the Tiritiri o te Waitangi / the Treaty of Waitangi, an evening church service will be held at St Lawrence Jewry next-Guildhall in the City of London, at 6.30pm on Thursday 7th February 2019.  The Honorary Chaplains of the New Zealand Society UK, the Archdeacon of Canterbury the Ven. Joanne Kelly-Moore and the Reverend Canon David Parrott will celebrate the mass.  This will be followed by a Reception generously hosted by the Worshipful Company of Girdlers.