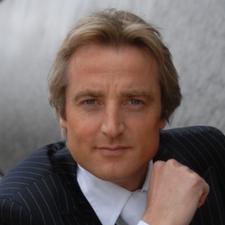 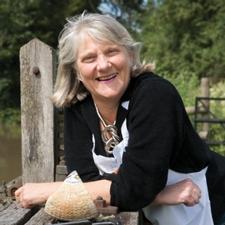 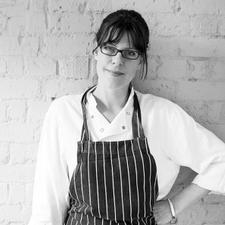 NEW ZEALANDER OF THE YEAR -  Finalists for the prestigious Air New Zealand New Zealander of the Year (UK) Award 2010, were announced in London this week.

The three finalists, Anna Hansen, chef founder of the Modern Pantry restaurant; Juliet Harbutt, cheese champion and Geoff Sewell, “cross over” opera singer, are all recognised for the contribution that they have made to enhancing New Zealand’s profile in the UK over the past year.

Romy Brandeis, President of the New Zealand Society commented: “We had a large number of nominations this year for New Zealanders outstanding in a diverse range of fields. It’s a credit to our national adaptability and attitude that Kiwis excel in the UK in so many different ways”


Finalist Biographies (in alphabetical order) are as follows:

ANNA HANSEN
Named recently as one of the world's top emerging chefs, Anna's success is no doubt a result of her Kiwi background of open minded innovation, which has helped her create exciting new menu combinations.
At 16, working part time in a Nelson deli, she told her Danish mother that she wanted to be a chef. Steered away from that and into business management, Anna was in her 20's before she first trained as a chef, in London. Going on to work under Peter Gordon at the Sugar Club, they opened The Providores together in 2001.
Anna moved on in 2005 to explore her own philosophy of a "modern pantry" - exploring less well known ingredients such tamarind and pomegranate molasses in a food style she likes to term modern global food. She opened The Modern Pantry restaurant in August 2008, and it has quickly become a well known destination on the London restaurant scene. Committed to unusual and assertive flavours, Anna has introduced London diners to tamarillos, hokey pokey icecream (a staple on her daily changing menu), and kumara/sweet potato amongst others.
The Modern Pantry occupies a listed building in Clerkenwell, and it is to Anna's credit that she had the tenacity to stick with the project through financial and planning set backs, eventually opening a restaurant with a contemporary feel without losing any of the building's historic charm. The Modern Pantry has earned 2 AA rosettes and a "Bib Gourmand" from Michelin. Her next project is a cookbook, due out in 2011, covering modern pantry staples for the home cook, and multiple ways of using them in everyday cooking.
www.modernpantry.com

JULIET HARBUTT
After setting up the popular deli restaurant The Parson's Nose in Wellington, Juliet moved to London in the 80's, and set up Jeroboams, a wine & cheese shop. Utilising her Kiwi versatility, after selling Jeroboams in 1991 she diversified into food journalism and running seminars on cheese for retailers, wholesalers & chefs. Ultimately this lead her to found the Great British Cheese Award in 1994, which includes a weekend long cheese festival, and to which she continues to be a consultant from her Oxfordshire home.
However Juliet didn’t lose sight of her New Zealand roots, and although EU regulations have made it difficult to bring NZ cheese to the UK, she has also supported the New Zealand cheese industry in New Zealand through consultancy and the founding of the New Zealand Cheese Awards. She is not shy about her New Zealand background and her website, The Cheeseweb, devotes plenty of space to New Zealand cheesemakers & sellers, and she makes trips to New Zealand to share new cheesemaking and marketing developments.
Now considered one of the world's top authorities on cheese, Juliet is the author of many books on cheese including a comprehensive encyclopedia and has written columns for publications such as the BBC Good Food Magazine and New Zealand House & Garden. She hasn't lost interest in the wine side of her original British business, and likes to pair New Zealand wine with British cheese at tastings.
Having sold, tasted and written about cheese for over 25 years, she's now putting theory to practice, making goats cheese in partnership with pop-star turned farmer Alex James, formerly of Blur. Juliet is a New Zealander at the top of her profession, New Zealand's only "master of cheese” and member of the prestigious French institution Le Guilde des Fromagers.
www.thecheeseweb.com

GEOFF SEWELL
Geoff had a background in music, singing in school choirs and when at university studied under NZ opera singer Geoffrey de la Tour. However his Victoria University of Wellington degree was in commerce rather than music, qualifying later in Wellington as an accountant. In January 2010 Geoff was honored to be awarded Fellowship to the NZ Institute of Chartered Accountants.
The unexpected death of his sister lead to Geoff re-examining his priorities in life, and he decided to pursue his dream of a career as a professional singer. He enrolled in the Boston Conservatory in the US, and followed that with work in the West End of London and further studies.
With a sound grounding in business, Geoff saw a niche in the market for professional singers who might burst into song spontaneously and anonymously, at events. Incognito Artists is the eventual result of this creative business idea, with over 2000 performances worldwide at a variety of events.
Founder of Amici Forever, an opera/pop crossover group, Geoff pioneered the concept of classical/modern fusion music. With over 2 1/2 million albums sold worldwide, they were top of NZ's charts with both their albums. A professional singer for 11 years now, Geoff has also recorded a solo album to critical acclaim.
Based in London, Geoff has made significant contributions to charity both in NZ and the UK, particularly those related to autism & epilepsy, two conditions of which his family have personal experience.
www.geoffsewell.co.uk