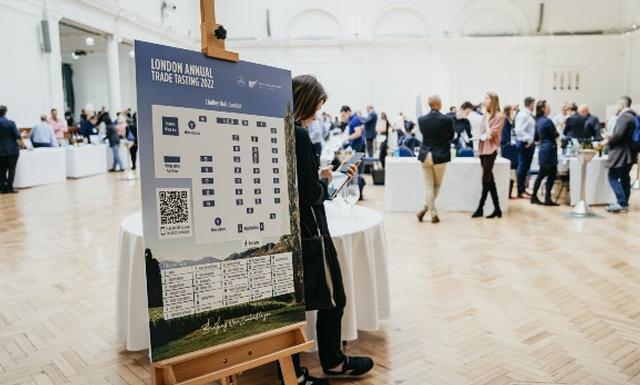 
It was the first Annual New Zealand Wine Tasting event in over two years, and showcased New Zealand’s great diversity in terms of varieties, regions, and styles.


Over 350 wines from 83 producers from across the length and breadth of the country featured, with eight regions and six sub regions represented. The full A to Z of grape varieties were available to taste, from Albariño to Zweigelt, with 28 varieties showcased in a myriad of styles.


As well as the exhibitor tables, there were two feature areas at the show. One was focused on New Zealand white wines, which tied in with the Pour Yourself a Glass of New Zealand campaign that New Zealand Winegrowers ran during May, where they were also petitioning for a white wine emoji.


A second area saw an Organic Wine Bar, showcasing organic wines with over 70 wines on show. Over 10% of New Zealand wineries hold organic certification and this sector is showing impressive growth.


Ahead of the event, Chris Stroud, Europe Market Manager for New Zealand winegrowers, commented “New Zealand Winegrowers are very excited to be back hosting our Annual Trade Tasting in person after a two-year hiatus. This is the largest showcase for New Zealand wine internationally, and we are delighted to welcome the trade back and show the exciting diversity and quality that New Zealand can offer. We are excited to have some of our winery representatives, some of whom will be travelling from New Zealand for the first time in over two years, and reconnecting with industry friends.”