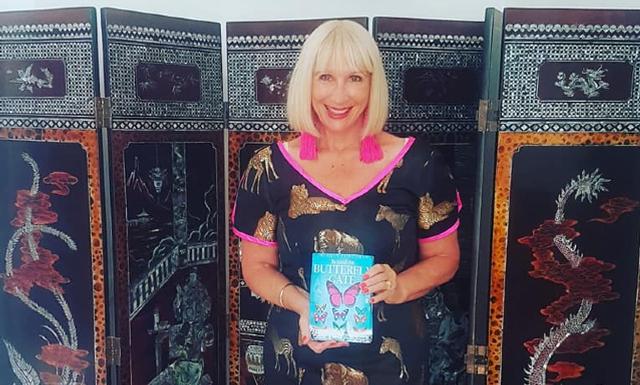 Hidden behind the Butterfly Gate is where the secret has been kept for 76 years...


New Zealand writer Merryn Corcoran’s Behind the Butterfly Gate takes the reader on an emotionally-charged adventure, spanning time and different places. The present day is 2019 (phew, our minds are taken away momentarily from the pandemic), but the story leaps back and forth across past memories of our two central characters, Tilly and Madame Pollock.


Tilly is an English woman in her twenties, yet despite her young years, she’s seen enough hardship, loss, and heartbreak to last a lifetime. Her story is a highly personal one of survival, of reflection, and of shame… but one that highlights the emergence of a creative and courageous spirit; one that fights with the conviction to find happiness, no matter what.


Through either chance or through fate, Tilly comes to apply to be of assistance to Madame Pollock, an elderly French woman living in Menton on the Riviera. On the surface, the two women have little in common, but an unlikely and beautiful friendship develops between them, as Tilly helps Madame uncover the secrets of her past, while also reflecting on her own trauma. The resulting narrative is one that is highly intimate, personal, and deeply confronting at times. It’s one that, in my opinion, any woman who has suffered loss can relate to.


Much of the deep-dive into Madame Pollock’s past revisits her childhood apartment in Paris during the Second World War, and the dramatic way in which she and her mother are forced to flee in 1945 - all of which are seen through the eyes of Madame as a small girl. It’s abundantly clear that Corcoron has put considerable historical research into this work, and the terrifying realities faced by a Jewish family in wartime Paris are constructed in vivid detail. The novel is split between London, Paris, and Menton; the reader really gets a sense of going on a journey, and travelling right there alongside Tilly. Corcoran herself lives between London and Menton (and spends a lot of time in Paris) so she is well-placed to bring these locations to life, and take her readers there with her.


Merryn Corcoran has been writing for ten years; this is her fourth book - and it’s been wonderful to witness her development as a writer with each new novel. Behind the Butterfly Gate is her best work yet, and true to her style, weaves together mystery, history, adventure and romance. The raunchier romantic scenes present in each of her books are a beautiful sensual interlude within the drama of the greater plot, and rather than distracting from depth of storytelling, complement the narrative and give a sense of realism that is sometimes lacking from fiction that shys away from intimate moments.

Behind the Butterfly Gate is a beautiful and engaging story of friendship, reflection, acceptance, and healing. Highly recommended. Check out her earlier works, too.

Behind the Butterly Gate is available to purchase here, either in paperback or for Amazon Kindle.