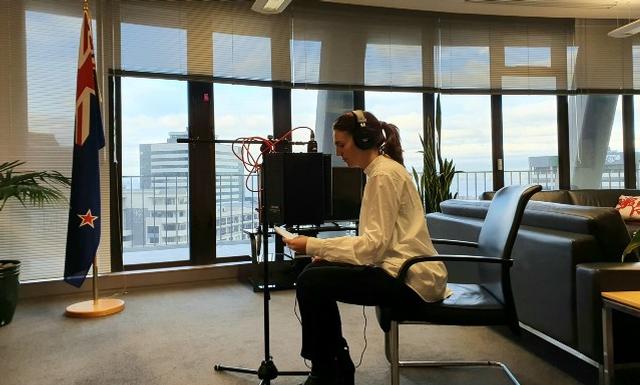 The Right Honourable Jacinda Ardern, Prime Minister of New Zealand, has recorded a poem for Westminster Abbey’s new podcast series which will be published as part of the Abbey’s Anzac Day commemorations this weekend.

The Prime Minister will read ‘Gallipoli Peninsula’ by Alistair Te Ariki Campbell (1925-2009) for the Abbey’s podcast which will be released on Sunday 26th April at 9.00 am (UK time) on the Abbey’s website: www.westminster-abbey.org/podcast.

Since closing its doors due to coronavirus, the Abbey has launched ‘Abbeycast’, a new series of podcasts for worshippers across the world. The podcasts which are approximately 15 minutes long have readings, a short sermon, music from the Abbey Choir, prayers and a blessing.

The New Zealand Prime Minister and Australian High Commissioner made their recordings this week in their offices observing social distancing with digital files sent to the Abbey for editing. The Abbey’s elements were recorded before the British Fighting Forces Memorial within the Deanery of Westminster Abbey.

The Abbey is also upholding its long tradition of marking Anzac Day by releasing a short film of a special wreath laying ceremony conducted by the Dean of Westminster, the Very Reverend Dr David Hoyle at the Abbey’s West Door overlooking the Grave of the Unknown Warrior. It will be published on Anzac Day, Saturday 25th April at 11.00 am.

The Abbey will also be publishing a new historic article about Anzac Day and the Abbey’s involvement in commemorations available here.  The Abbey’s chaplain, the Reverend Jenny Petersen, an Australian, has also recorded a personal reflection for Anzac Day for the Abbey’s podcast channel available here.