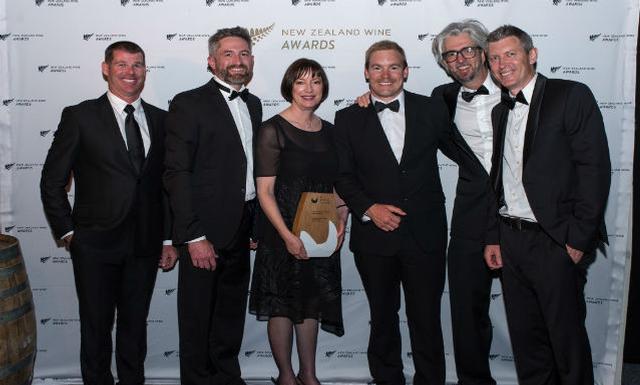 Chair of Judges Warren Gibson described the winning wine as, “Immediately appealing and seductive on the nose. Delicious and savoury on the palate. Exceptionally well crafted.”

Further spotlight shone on the Hawke’s Bay region as local winery Church Road scooped up the inaugural New Zealand Cellar Door of the Year Award. The award was developed to recognise the outstanding visitor experiences that our wineries’ cellar doors offer both international and domestic visitors, with 32 submissions received across eight regions. Church Road Winery was awarded the trophy as their cellar door celebrated wine in the past and present with an eye on the future, with a wide range of different, immersive and interactive experiences available for visitors.

The refreshed New Zealand Wine of the Year™ competition aims to celebrate the entire New Zealand wine industry with a particular lean towards vineyard excellence and regionality. “The increasing relevance of organic grape-growing and a move towards a single vineyard focus in our industry has been rewarded in this format,” said Gibson.

“These results reflect the enormous amount of passion and effort our team pour into our wines, from ground level right through into the marketplace, and we are delighted to have been recognised by the industry,” said Peregrine CEO Fraser McLachlan.

Seifried Estate from Nelson continued their winning streak, picking up the Label and Litho Limited Champion Open White Wine 2019 trophy for their 2019 Sauvignon Blanc. Their renowned wine first won accolades earlier this month when it was awarded the Antipodes Champion Sauvignon Blanc trophy 2019.