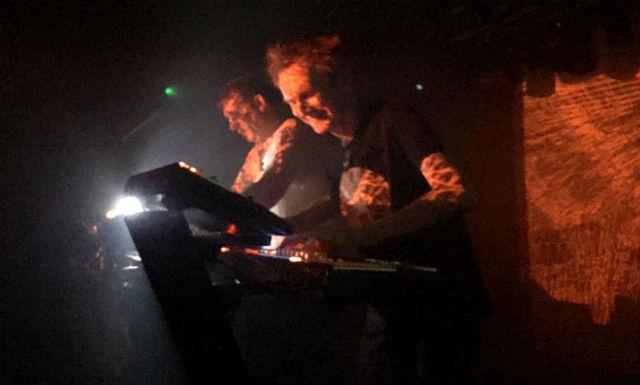 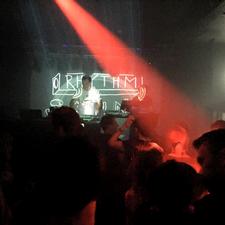 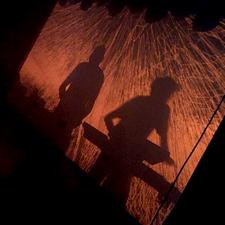 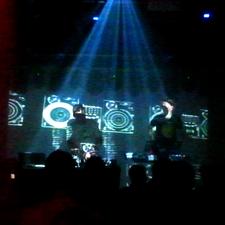 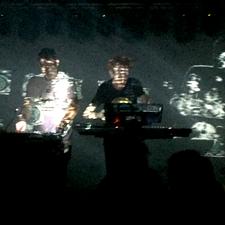 20 years after their debut at The Gathering, Pitch Black have satiated a packed venue of fans at London’s Oslo, in Hackney.

Living on different sides of the world, it’s been three years since Michael Hodgson and Paddy Free have performed together – though you wouldn’t have thought it. What they delivered was a high-energy, united and polished performance – no one would have guessed that they had also taken on the challenge of working with some new equipment for the first time. High risk perhaps, but we would expect nothing less from these true Kiwi pioneers of electronic music – and it paid off.

I arrived about an hour before Pitch Black hit the stage, to a crowd happily vibing to Radioactive Man. There’s something special about going to a gig attended mostly by Kiwis – there’s always a unique energy about it. When I interviewed them, Mike and Paddy had remarked on how they are now on a second generation of fans – and this was definitely evident from the people filling the room, eager to experience whatever they had in store for us. It’s the first gig I’ve attended in awhile where the over-30s/40s significantly outnumbered the younger generation... and everyone seemed to be happily straddling both the present as well as a space somewhere in their own memories. Smiles were abundant. Meeting and connecting with strangers was abundant. There was a lot of aroha in that space.

Paddy was there: vibing with the crowd to Radioactive Man. Chilling at the bar, engaging in conversations with fans. He was completely generous with his time and attention, as was Mike, for each and every individual that wanted to connect with them.

Then it was time for Pitch Black to take to the stage – no mucking about; things took off right away, and we were transported to a place – somewhere unique for each of us, yet experienced together at the same time. The synergy between Mike and Paddy on stage spread to the crowd in front of them. I’m a little too young to have been at The Gathering in 1996 – but last night, I felt as though I may well have been there. The crowd was a diverse and eclectic mix of people from all walks of life – travelling together with the beat, experiencing the music as an extension of their being. The only way I knew for sure that it was a room mainly full of Kiwis, was the lack of footwear... shoes abandoned, people leaping barefoot.  It’s completely fair and justified for Pitch Black not to categorise themselves within any specific genre... because their mix of styles really transcends that. And they are masters of what they do. I had an incredible night, on a journey through sound, where I honestly forgot I was in London in 2016. But let me be clear: this music is not dated. Michael and Paddy continue to push the boundaries of genre and of electronic music; of what is really possible with equipment. Still pioneering electronica... crossing multiple genres. Having experienced some of their new material from their upcoming album in September, I can’t wait to get my hands on a copy.

It’s interesting to consider if these guys had been born in England, rather than New Zealand, that they might easily have been bigger than the Chemical Brothers.

To me, these humble Kiwi blokes will always have set the benchmark, for what electronic music should aspire to.

Seamless excellence from Pitch Black – left the crowd wanting more, left themselves wanting more. Like a fine wine, this duo only seems to get better with age.

Charlotte Everett has been contributing to NZNewsUK as a columnist and journalist since 2011, and currently serves as London Editor – a post she has held since mid-2013. She has been based in London since mid-2007 and is an active member of London’s Kiwi community, also serving as one of the current Vice Presidents of the NZ Society UK. She has a broad writing portfolio, including music/entertainment, theatre reviews, travel, rugby, Kiwi success, vegan food, and WW100/ANZAC. She is also an experienced freelance tour guide, and leads city walks across London several times a week.