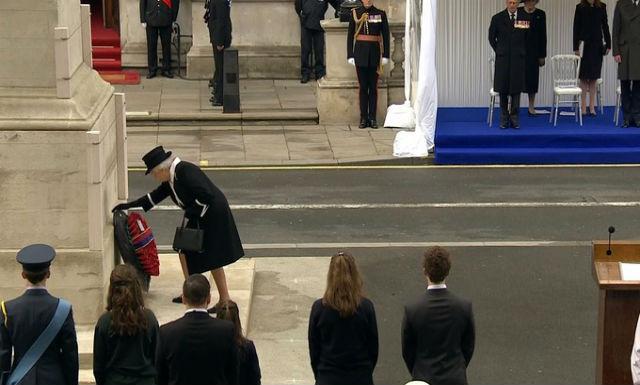 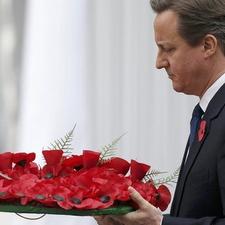 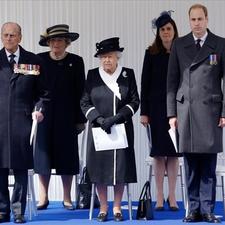 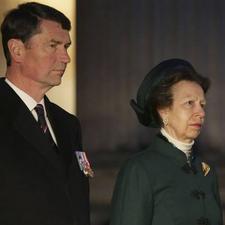 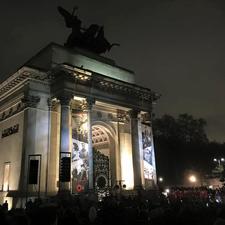 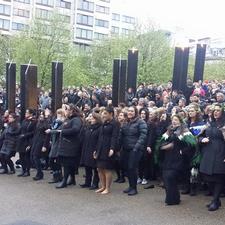 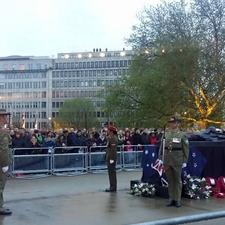 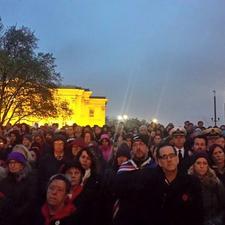 100 years after allied forces landed in Gallipoli, 25 April – ANZAC Day – has been commemorated in the UK officially for the first time as a national day of remembrance.  Services and other commemorative events took place around the country, with more to follow tomorrow. NZNewsUK’s Charlotte Everett was in London for the dawn service, ceremony at the Cenotaph, and service of Commemoration and Thanksgiving at Westminster Abbey.

The annual ANZAC dawn service at Hyde Park Corner attracted twice as many people as usual, with an estimated 5,000 in attendance. In an expression of unity and of ANZAC “mateship”, the service was centralised at Wellington Arch, rather than alternating between the Australian or New Zealand War Memorials as it has done in previous years. The wreath-laying was also centralised at Wellington Arch this year, with all official wreaths being laid at the plinth of an unknown fallen ANZAC, which had been set up in front of the arch. The wreaths were later moved to the memorials once the service had concluded.

The 2015 dawn service was attended by the Princess Royal, who was the first to lay a wreath. Emotional addresses were given by both George Brandis, the Attorney-General for Australia, and Sir Lockwood Smith, the High Commissioner for New Zealand. Senator Brandis remarked on how ANZAC “bonds Australians and New Zealanders – any sporting rivalry aside – and more than anything else on earth”. Sir Lockwood choked back tears as he shared his personal ANZAC story, “No family was left untouched. My own grandmother’s first fiancée, the first real love of her life, Iies buried at Lone Pine - a Kiwi alongside his Australian mates.”

Brigadier Antony Hayward, Head of New Zealand Defence Staff in London, gave a reading of a letter from one Kiwi Corporal to his mother in 1915: “One Australian I saw had his arm shattered at the wrist and his hand was hanging by just a piece of flesh and skin. When he saw us going up the hill to the firing line he said, waving the stump, ‘Wiggle waggle boys, the Turks can’t shoot, you’ll be alright New Zealand.’ There were hundreds of instances like that.”

At the conclusion of the dawn service, the crowds moved to the New Zealand War Memorial for an emotionally stirring performance and powerful haka by London Maori Club, Ngati Ranana. 200 ordinary members of the London Kiwi community joined Ngati Ranana in performing the waiata “E Pari Ra”.

ANZAC commemorations continued with the ceremony at the Cenotaph on Whitehall, attended by Her Majesty the Queen, the Duke of Edinburgh, the Duke of Cambridge and other important guests including the Prime Minister David Cameron, Deputy Prime Minister Nick Clegg, and Labour leader Ed Milliband – all who laid wreaths. Her Majesty the Queen was the first to lay a wreath, and did so with much contemplation, care and dignity – a gesture not only as Queen of the United Kingdom, but also as Queen of Australia and of course of New Zealand. Her Majesty was dressed in black and white – unusual colours for her – many commented that she was in “New Zealand’s colours” and drew speculation that her choice of attire may well have been an intentional nod to New Zealand. Likewise, it's interesting to note that the Princess Royal was dressed in green and gold (colours associated with Australia) at the dawn service.

Shortly after the military bands, regiments and descendents marched off, the Queen and Duke of Edinburgh joined with senior political figures, military, guests and members of the public at Westminster Abbey. The service of Commemoration and Thanksgiving to mark the ANZAC landings has taken place annually at the Abbey on April 25th since 1916, with the 1916 service often being described as one of the most moving services to be held in the building in its 1,000 year history.

This year the organ was played by Organ Scholar Jeremy Woodside, a young New Zealander who was formerly Chorister and Organist at Christchurch Cathedral, but is now living in London. Ngati Ranana once again represented the New Zealand community with a stirring performance of “Whakaaria Mai”.

As always, this year’s service at Westminster Abbey was one not only of remembrance but also of reconciliation and friendship, with the Turkish also being represented by their flag-bearer, national anthem, readings and remarks. And for the very first time, this year’s service included a Muslim prayer, led by Mahmut Ozdemir, Presidency of Religious Affairs of the Republic of Turkey. The very Reverend Dr John Hall, Dean of Westminster remarked on the importance of peace and unity among Jews, Christians and Muslims. It was an inclusive and progressive service, looking towards a peaceful future.

100 years on, the ANZAC spirit continues to resonate throughout Australia, New Zealand and Turkey – and today was an opportunity to share that eternal spirit of mateship and reconciliation with old enemies with a wider British audience. Let us also not forget the British troops who joined ours at Gallipoli. Lest We Forget.