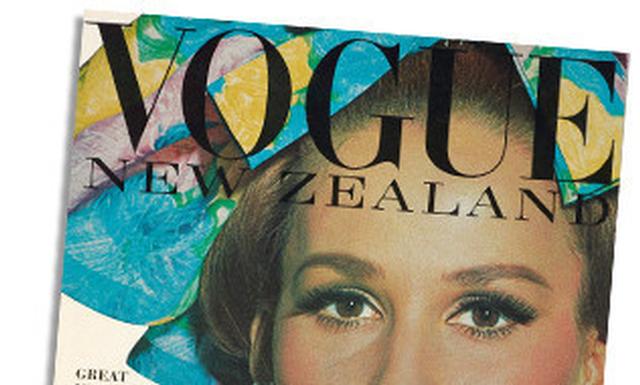 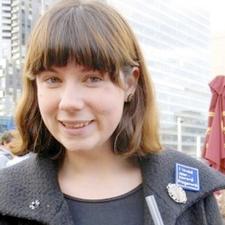 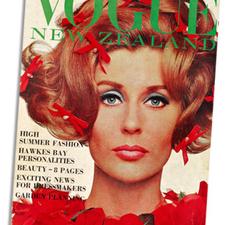 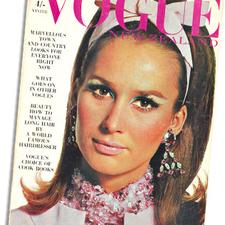 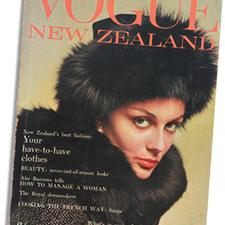 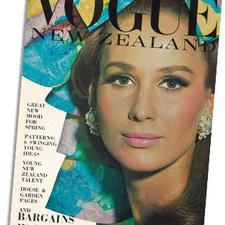 New Zealand and the United Kingdom have many historical links, but one that’s often forgotten is Vogue. British Vogue has been published since 1916 and draws more profits than any other magazine in the UK, but few remember Vogue New Zealand, published from 1957 to 1968.

Until September, Te Papa is showing some of the clothes and accessories featured in Vogue New Zealand to Wellington visitors. The history of the publication proves interesting to followers of fashion in both the UK and NZ.

Vogue New Zealand was initially set up by the publishers of British Vogue in part to tighten links between the two countries. The magazine included encouragements that New Zealanders buy British cotton, and material that connected NZ with UK trends. Alongside Australian Vogue, this was the first edition of the magazine to be published outside Europe and the USA.

In its early days, Vogue New Zealand was edited from the UK, and comprised of international Vogue features alongside New Zealand advertising. There were shots of New Zealand garments taken in the United Kingdom, often at quintessentially British locations such as Chiswick. The captions sought to draw the two countries together by offering suggestions as to where one might wear the clothes in NZ. In one example at Te Papa, readers are advised that “après-ski at Chateau Tongariro” might be an appropriate antipodean setting.

Soon, though, Vogue New Zealand had its own distinctive identity and became increasingly independent. In 1959 the magazine was given its own editor, Sheila Scotter, who also oversaw Vogue Australia. One early 1960s spread was entitled ‘the Unbeatable All-Blacks’ –few high fashion publications would have linked cocktail dresses and rugby in this way.

Vogue New Zealand played a positive role in the development of New Zealand’s fashion industry. It became easier for New Zealanders, both consumers and professionals, to keep abreast of international trends. The magazine celebrated New Zealand designers, such as El Jay and Babs Radon, and bred confidence in local talent.

Today, it provides a record of New Zealand fashion in the 1960s. Then, the most prestigious prize in the industry was that of the New Zealand Wool Board. With the development of synthetic fabrics, the Wool Board pushed the material’s value in high fashion contexts. One image at Te Papa shows a model in a black dress, reminiscent of Audrey Hepburn on the poster for Breakfast at Tiffany’s, posed in playful oversized letters reading ‘WOOL’.

The exhibition, and the glimpse at the publication that it offers, shows that there are both continuities and differences to today. As is still the case with British Vogue, products in Vogue New Zealand were out of reach to all but the affluent. These garments weren’t always imported; licensed vendors could openly reproduce Christian Dior designs in Auckland, suggesting a different value placed on labels to today.

In the 1960s, too, many readers could sew. Vogue’s pattern division (with its labels, familiar to most who have picked up dresses from country op shops) allowed everyday New Zealanders to dress in the latest styles.

Ultimately, the publishers decided in 1968 that the country was too small to justify continuing the publication. Today, New Zealand designers such as Karen Walker, Zambesi and World are known internationally. Vogue New Zealand acts as a reminder that today’s designers didn’t grow up in a vacuum, and that a vibrant fashion community has flourished in the country for a long time.