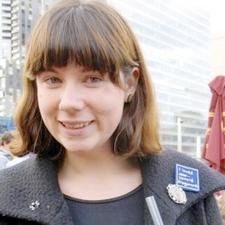 There are film festivals in London almost constantly, but it’s rare that there’s a film as important to see as Annie Goldson’s Brother No. 1. The documentary looks at the Khmer Rouge through the experiences of Rob Hamill, whose brother was tortured and killed by the regime in 1978.

Annie Goldson is New Zealand’s most acclaimed documentary filmmaker. The accolades on her CV would more than fill the length of this column. Director, writer and producer, Goldson’s films have won prizes internationally. In 2007 she was awarded a New Zealand Order of Merit. Goldson is writing a book on human rights documentary and is an Associate Professor at the University of Auckland.

This isn’t Goldson’s first film to be shown at the Human Rights Watch Film Festival. Georgie Girl, Goldson’s hugely successful documentary on Georgina Beyer, was screened in 2002. It went on to international distribution and won awards in five countries.

Goldson’s films tend to focus on significant political issues, approached through relatable figures. 1999’s Punitive Damage looked at the death of a New Zealander in East Timor and his mother’s subsequent campaign for justice. The film was released just after East Timor’s independence referendum, amid international reports of military violence and political upheaval.

Brother No. 1 utilises a similar narrative to explore equally topical justice issues and inform audiences. Rob Hamill’s brother, Kerry Hamill, disappeared when sailing to Cambodia in 1978. It later emerged that he had been killed after several months in Tuol Sleng, the Khmer Rouge’s prison and interrogation centre.

Hamill was invited to be a witness at the Cambodian War Crimes Tribunal in 2009. Goldson’s documentary follows his experiences grappling with the weight of his brother’s story and speaking with survivors in Cambodia. The huge impact of the Khmer Rouge on Cambodia is felt, with locals sharing their experiences alongside Hamill. Kulikar Sotho, a translator central to making the film, is a particular parallel for Hamill’s story. Exploring broader issues through personal narrative, Brother No. 1 looks at the way in which victims and families deal with trauma and forgiveness as the trials play out.

The trial explored by Goldson’s film, that of Comrade Duch, the man who oversaw Tuol Sleng and the deaths of over 15,000 individuals, is the only one to have been concluded thus far. Brother No. 1 is timely, shining a spotlight on an important legal process that has been beset with problems, delayed and interrupted. Taking place thirty years after the collapse of the Khmer Rouge, some party leaders have not been trialled due to health problems associated with their now advanced age. Victims have been unable to tell their stories and see perpetrators brought to justice, damaging to the country’s ability to move forward.

Brother No. 1 premiered at the New Zealand International Film Festival last year. After being shown at festivals in Amsterdam, Biarritz and Melbourne, it was released in cinemas across New Zealand last Thursday, the 8th of March.

Reviews have been unanimously positive, praising Brother No. 1 for dealing with difficult subject matter in an intelligent, unsensational manner. Goldson won Best Director for the film at the 2011 Aotearoa Film and Television Awards.

This is the first time Brother No. 1 will be shown in the United Kingdom. It will be screened at the Curzon Soho on March 25th and the Ritzy Cinema in Brixton on March 26th. Both sessions will be followed by discussions with both Annie Goldson and Rob Hamill. Tickets are currently available, but likely to sell quickly.

Anna Blair is a freelance writer and architectural historian studying hotels from the 1920s. She currently divides her time between Paris and East London. Further work can be found at her blog – Dispatches from Europe.